A Salon of Larrikins 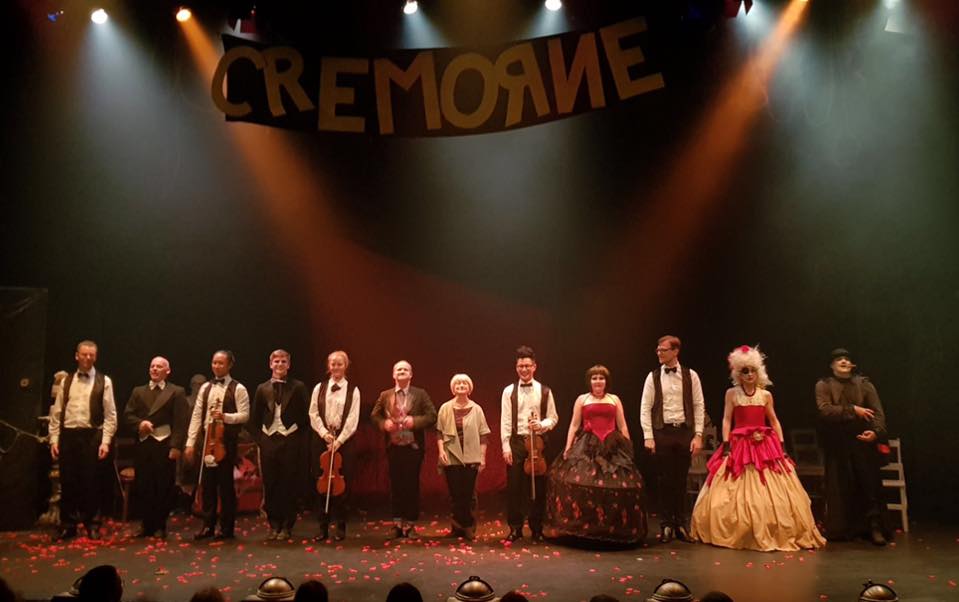 Camerata began the year with a tour de force Extend Your Experience performance in Jacqui Carroll’s new work for OzFrank, A Salon of Larrikins. This fast-paced vaudeville comedy traced the history of Brisbane’s iconic Cremorne Theatre, QPAC. Jacqui brought together a stellar intergenerational cast of eleven emerging to senior artists from the fields of theatre, dance and music. Camerata’s musicians were thrilled to work with one of Brisbane’s most senior independent artists who has worked for numerous companies including Sydney Dance Company, Australian Dance Theatre, Queensland Ballet, The Australian Ballet, and West Australian Ballet. After witnessing the training and aesthetic of Japanese theatre director, Tadashi Suzuki, Jacqui has been inspired to develop new theatre works for over thirty years by combining text, movement, and music. With an aim to support the creation of new work in Brisbane, Camerata worked with OzFrank to provide producer support and music direction for the project.