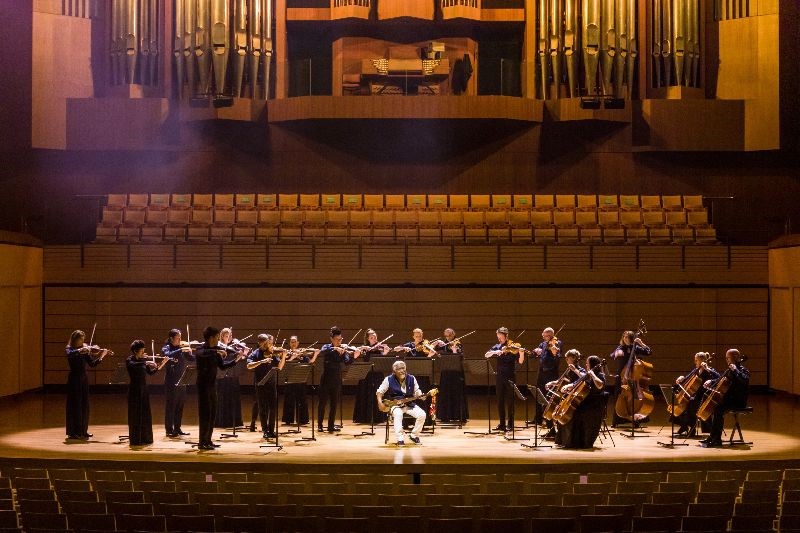 Celebrating over a decade of musical collaboration between Tenzin, Katherine Philp (Principal cellist) and the orchestra, the album features newly written and arranged works for Tibetan song and string orchestra, alongside a catalogue of tracks from Tenzin and Katherine.

One of the featured tracks, Heart Strings, incorporates the voices of over 200 primary school aged students, amassed from school choirs across Brisbane and regional Queensland. With the help of sound engineer Geoff McGahan, choirs are being recorded in person through workshops conducted by Tenzin while on tour with the orchestra this week.

We can’t wait to share the final result with you and all the behind the scenes stories and footage in the weeks to come.

The album will be released in time for Christmas and we will be sure to let our enews readers know all the details first – watch this space!