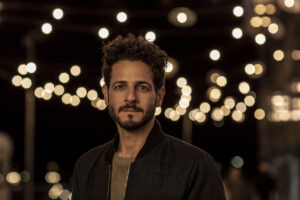 Lior is one of Australia’s most treasured singer songwriters, renowned for his beautiful voice and songs that radiate truth and sincerity. He burst onto the Australian music scene in 2005 with his debut album Autumn Flow which has become one of the most successful independent debut releases in Australian music history. Lior has since released a further six albums and has toured extensively both in Australia and internationally. He is a multi-ARIA award winner as well as an APRA Screen Award winner for his song-writing work for film and television.

In 2014, Lior collaborated with Nigel Westlake on a symphonic song cycle for voice and orchestra called Compassion. The work consists of original orchestrations set to ancient texts in both Hebrew and Arabic centered on the wisdom of compassion. Lior and Nigel Westlake toured Compassion with the major state orchestras and won the ARIA for Best Classical Album in 2014. In 2016, Lior premiered Compassion in the US with the Austin Symphony Orchestra and subsequently went on to win the 2016 Austin Table Critics’ Award for Best Symphonic Performance. 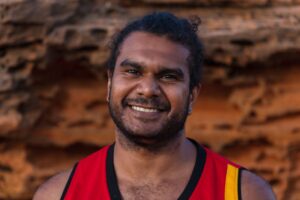 Eric Avery is a Ngiyampaa, Yuin, Bandjalang and Gumbangirr artist. As part of his practice Eric plays the violin, dances and composes music. Working with his family’s custodial songs he seeks to revive and continue on an age old legacy – continuing the tradition of singing in his tribe – utilising his talents to combine and create an experience of his people’s culture.

Eric is currently engaged dancing with Marrugeku and has previously had a mentorship at The Australian Ballet (predominantly in Movement Education) and studied dance at NAISDA Dance college. An avid violinist Eric started learning classical music by “ear” when he was 11 and continued on to train at Newtown Performing Arts and is currently studying a Bachelor of Music (Classical Performance, Violin) at the Australian Institute of Music. He combines his skills on the violin to perform classical music and create new contemporary music expressing his Koori (NSW Aboriginal) heritage. 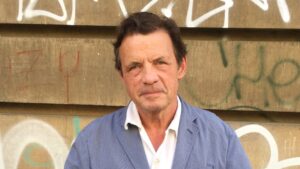 Peter Sís is an internationally acclaimed illustrator, author, and filmmaker. He was born in Brno, Czechoslovakia, and attended the Academy of Applied Arts in Prague and the Royal College of Art in London. Peter is a seven-time winner of The New York Times Book Review Best Illustrated Book of the Year, a two-time Boston Globe-Horn Book Award Honoree, and has won the Society of Illustrators Gold Medal twice. Peter’s books, Starry Messenger: Galileo Galilei, Tibet through the Red Box, and The Wall: Growing Up Behind the Iron Curtain were all named Caldecott Honor books by the American Library Association. The Wall was also awarded the Robert F. Sibert Medal.

In addition, Peter Sís is the first children’s book illustrator to win the prestigious MacArthur Fellowship. He was chosen to deliver the 2012 May Hill Arbuthnot Honor Lecture for the Association for Library Service to Children. Peter won the 2012 Hans Christian Andersen Award. This award is considered the most prestigious in international children’s literature, given biennially by the International Board on Books for Young People.

Peter Sís lives in the New York City area with his wife and children.

Work appears in: The Conference of the Birds (illustrations) 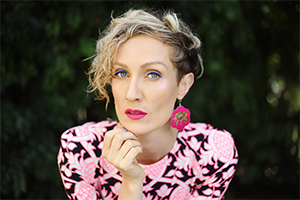 Her original show ‘Imaginarium’ was performed on Off-Broadway and she has been listed as ‘one of ten artists to watch’ by The New York Post after featuring on the US specialty radio charts alongside PJ Harvey and REM. She is also a recipient of the prestigious ‘Under Our Wing’ cabaret award alongside musical comedy superstars, Tim Minchin and Sammy J.

In 2021, Emma is thrilled to be launching her much anticipated new album titled Shape Of A Girl, a very special collaboration with her producer and brother, Tony Dean.

When Emma is not on stage, she can be found writing choral arrangements for choirs and musicians, including John Farnham, Kate Ceberano, Katie Noonan and Glenn Shorrock (Little River Band). She is a passionate advocate for the magical healing qualities of group singing and proudly leads a colourful community choir in Brisbane called Cheep Trill who she considers to be her extended family.

Emma lives by the sea in Sandgate with her boyfriend and musical collaborator Lucas Clarke and their cheeky adopted groodle Charlie Dickens, who has a penchant for eating socks and undies.