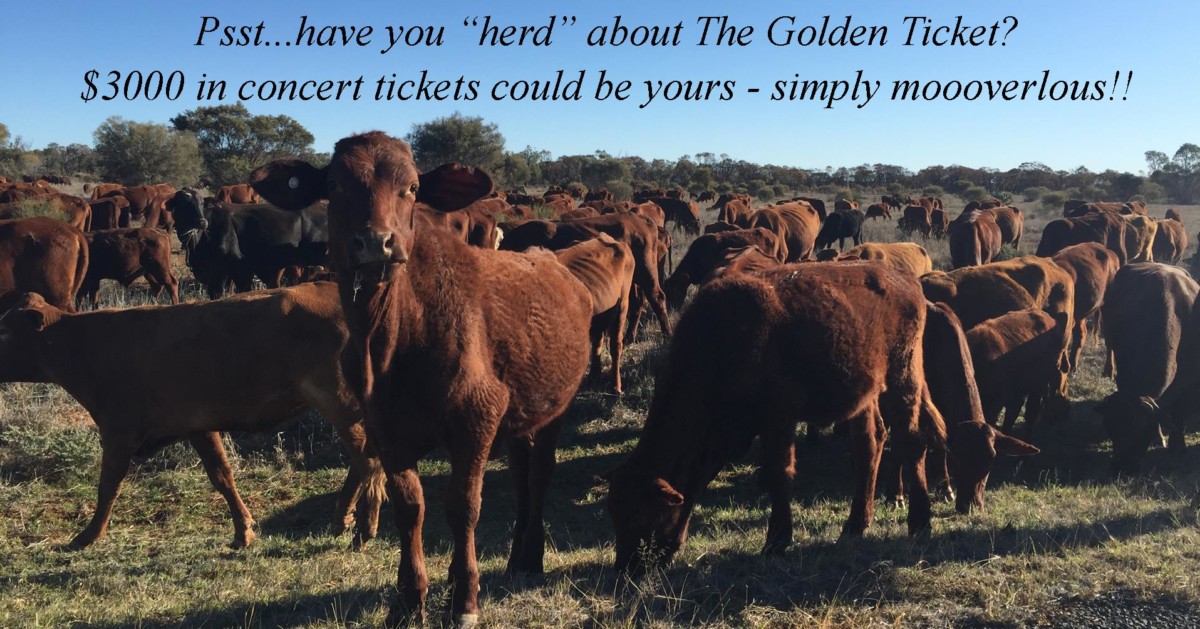 Camerata has partnered with Chinchilla-based charity, Drought Angels, to deliver the last three annual regional tours. Tash and Nicki, co-founded Drought Angels in 2014, and have volunteered their time to support drought affected communities with food, services, and financial support (http://droughtangels.org.au/).

Last week Camerata noticed on Drought Angels’ Facebook page a post about farming families who have hit rock bottom, now in their sixth year of consecutive drought. The recent wet weather experienced through western Queensland delivers much needed relief, however a huge amount of ongoing support is required for these communities as the effects of the lengthy drought continues to be felt by farmers and local businesses.

After putting the call out around town, performing arts companies were quick to respond without question. The industry has donated tickets to create an awesome prize pack valued over $2,800. The Golden Ticket is up for grabs and includes: