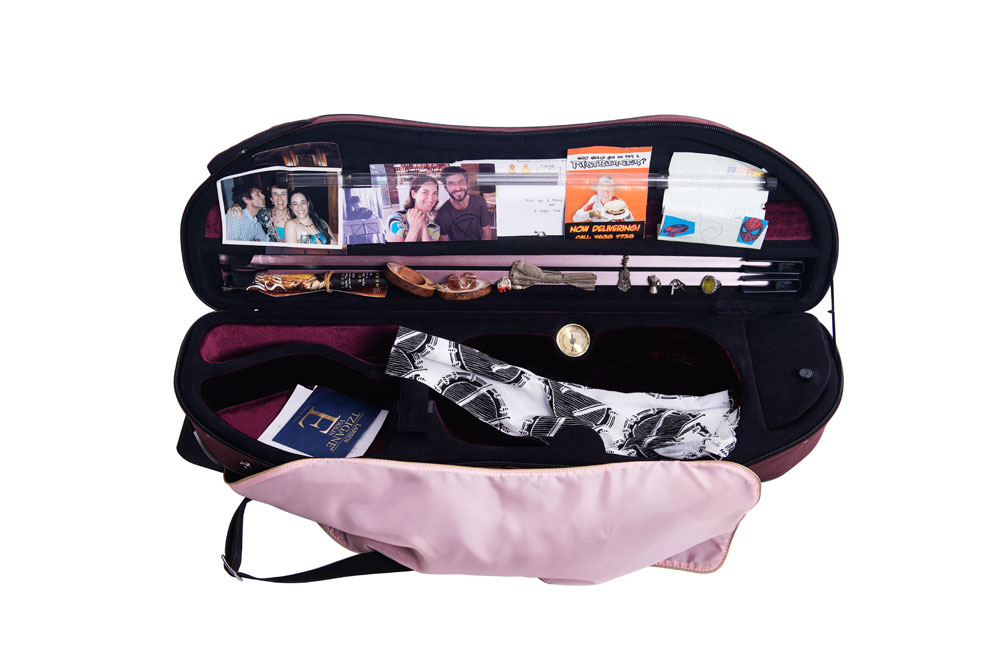 My violin is fairly new by violin standards; it was made in the Czech Republic in 1993. I also permanently borrow a Baroque violin that dates from the early 1700’s.

My bow comes from about 1905 and I have a few replica Baroque bows. The bows we use today date from the early 1800’s so for music played on Baroque instruments in the Baroque era, the shape, length and weight were different. Violins have also been modified since then. 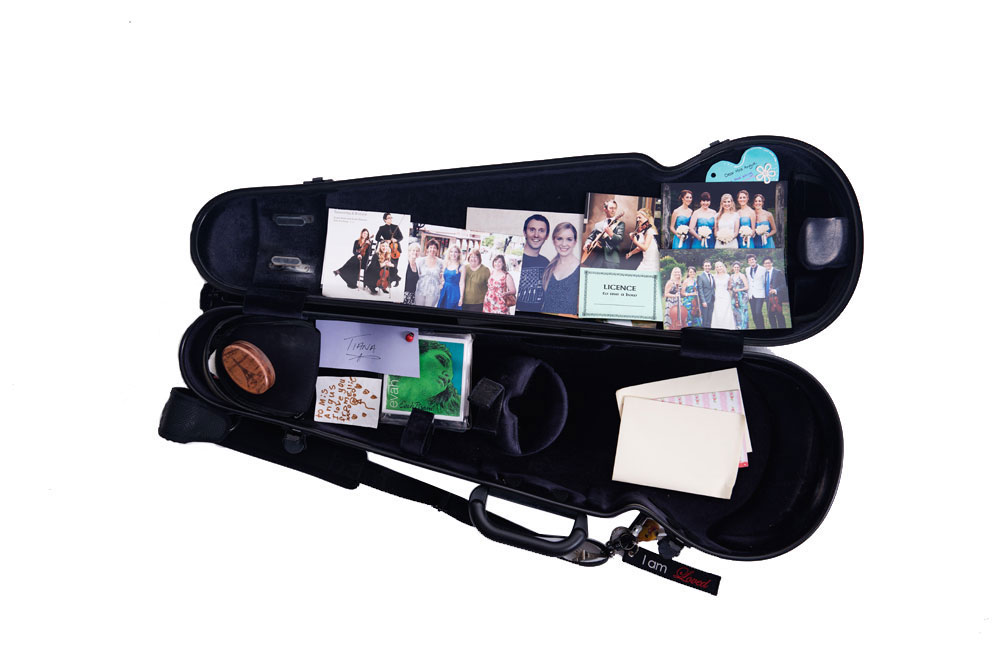 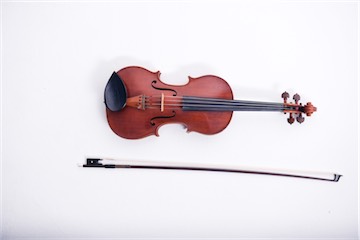 My violin was made in Amsterdam by Ronald De Jongh in 1992. I love it because it has a clear and bright tone.

My bow was made in approximately 1880 in London by W. E. Hill and Sons. It is rather heavy for a violin bow and creates a more powerful sound. 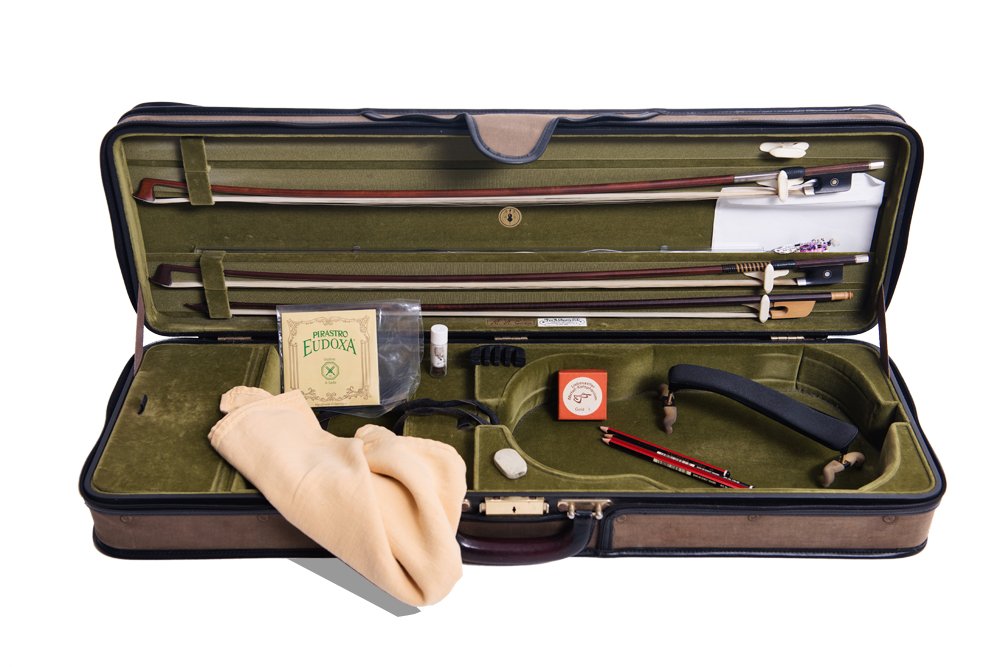 I play on a 2007 Johann Rombach Viennese violin, which is modelled on a Stradivarius violin made in
1717. I met Johann for the first time this year when I went to Wien to have my violin serviced. I love it because of its clear, open sound, its evenness a cross the strings and the way that all the notes (even from day one) just seemed to fit under my fingers.

I have many bows, which I use in rotation. Many of these are English, but I also have a Sartory and some other fine antique bows. I like a heavier bow for some repertoire and a lighter bow for others. 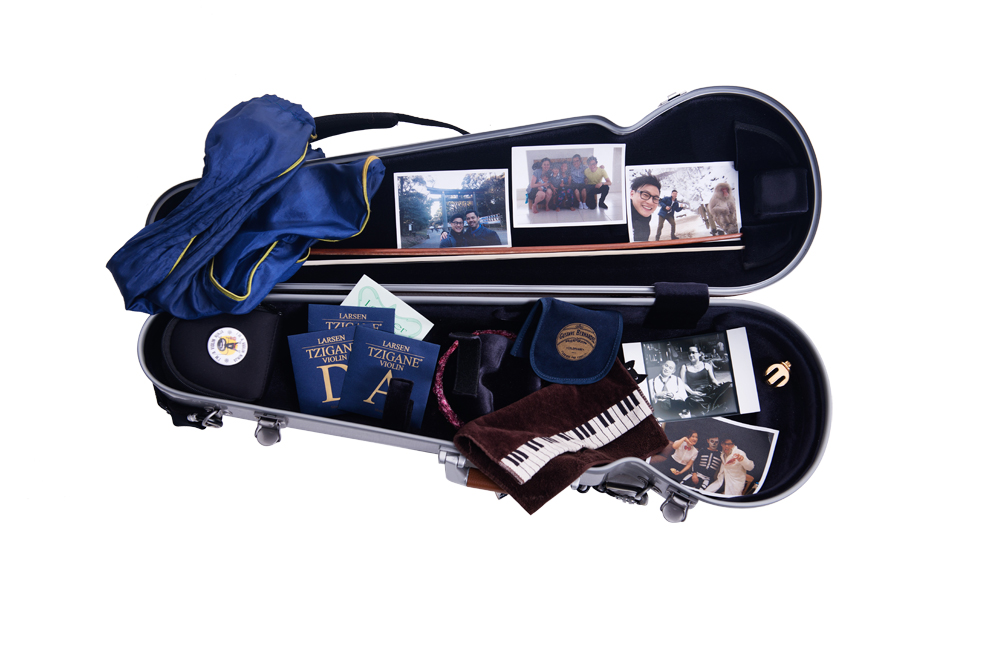 I play a beautiful, old German violin that was made around 1750. It’s attributed to Jacob Stainer 1645 but the label is a fake so I’m not actually sure who made it.

My bow was made in 2014 by Brisbane archetier, Trevor Liversidge. It’s a beautifully balanced bow that is a great match for my instrument. 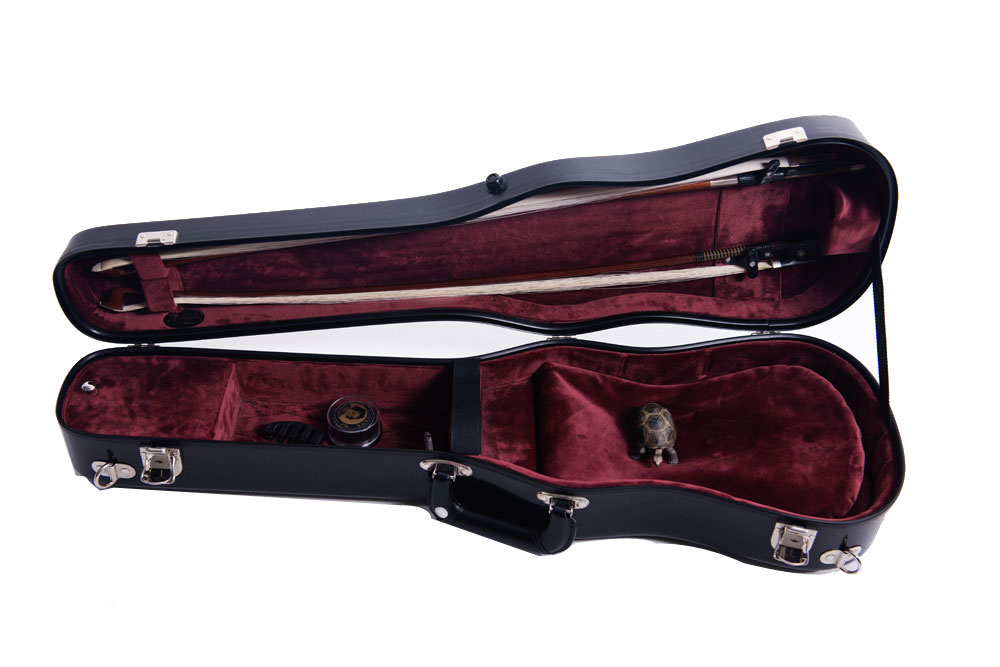 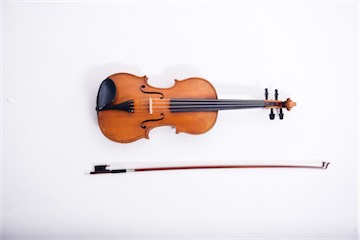 My violin was made by George Gemünder, a German-born, French-trained, American-settled man who was quite influential in the American violin making scene in the mid-19th century. My partnership with this violin is only very recent so we’re still getting used to each other’s quirks, but it is a pleasure to make music with.

My bow and I go quite a way back, perhaps more than ten years so we know each other quite well.
It’s like having an extension to your arm and musical imagination. 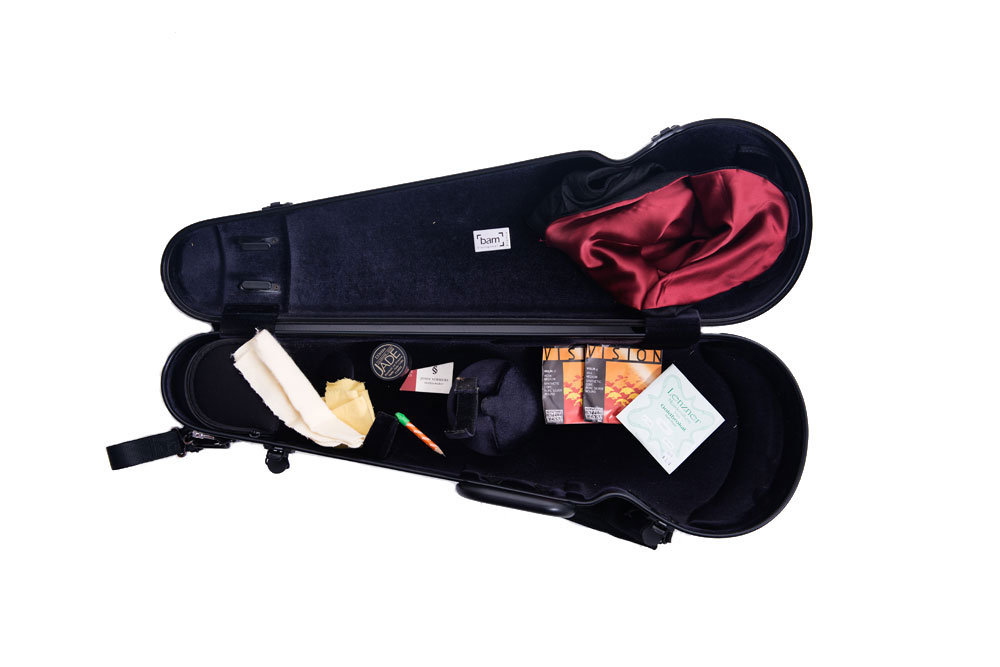 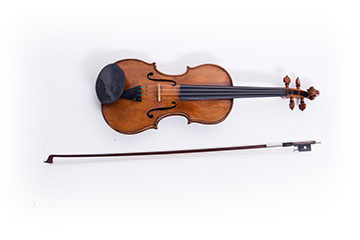 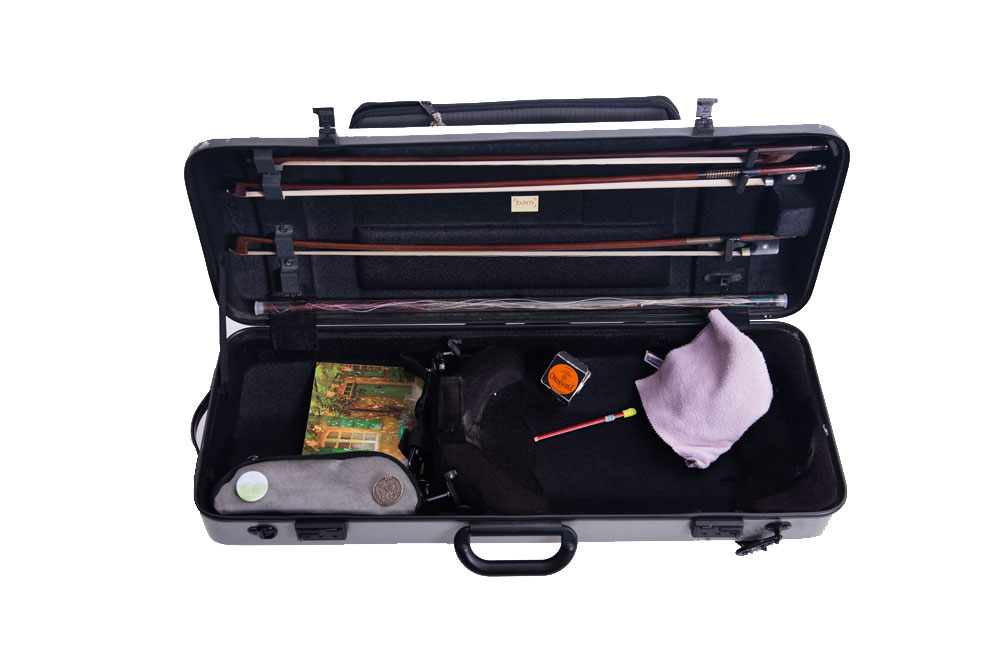 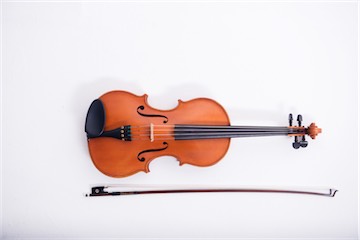 My viola was made by a local violin maker/repairer who used to have a shop in West End. His name is Lance Scott. We always used to take our instruments to his shop, and buy violins and other things from him when we were growing up, and we bought the first viola he ever made (which is the instrument I still have today). 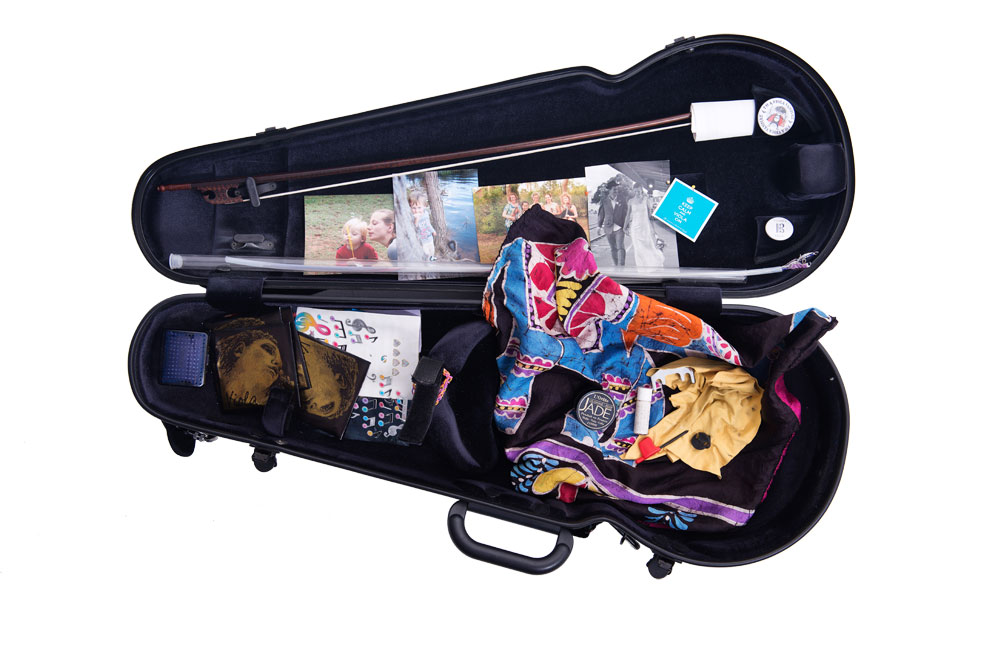 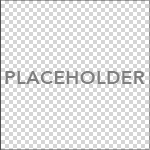 My viola is quite young, made in Bruxelles in 2007 by Linda Lespets.

My bow is French, made in Paris. 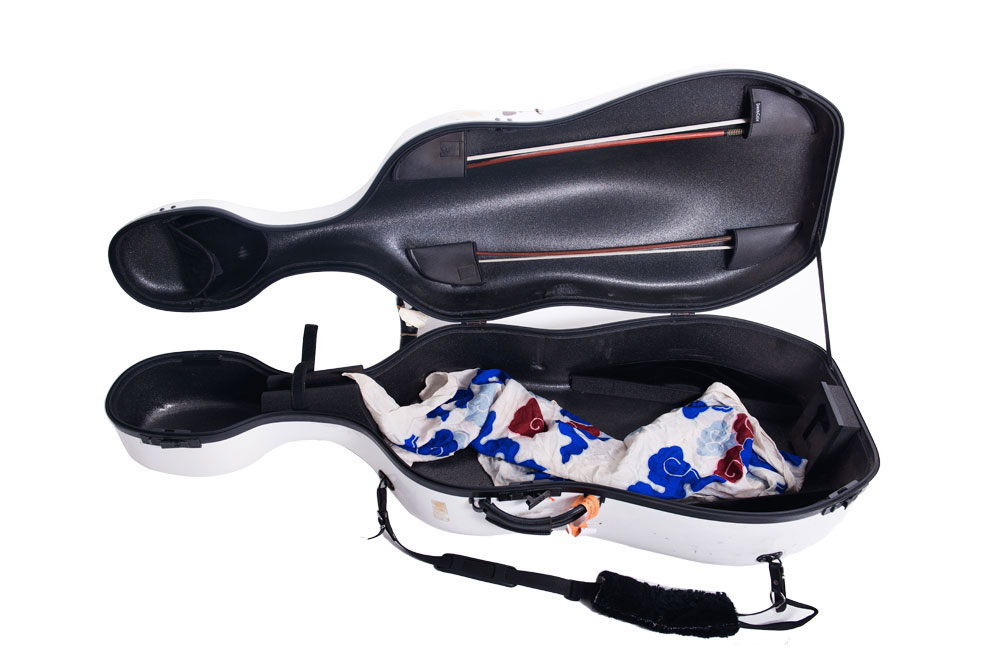 My cello is a beautiful modern instrument made in Cremona in 2011 by an Italian Luthier, Roberto Cavangoli

My bow was made by Roderick Smith who lives in Brisbane. 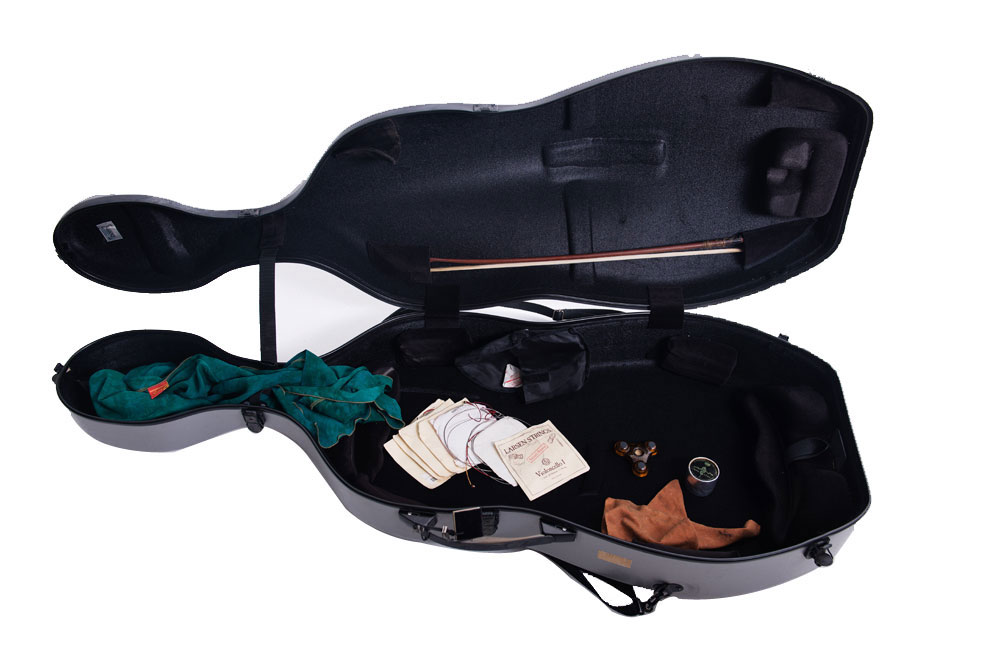 My Cello is made by Ilja Grawert, hand-made in 1995 in Brisbane with German wood. 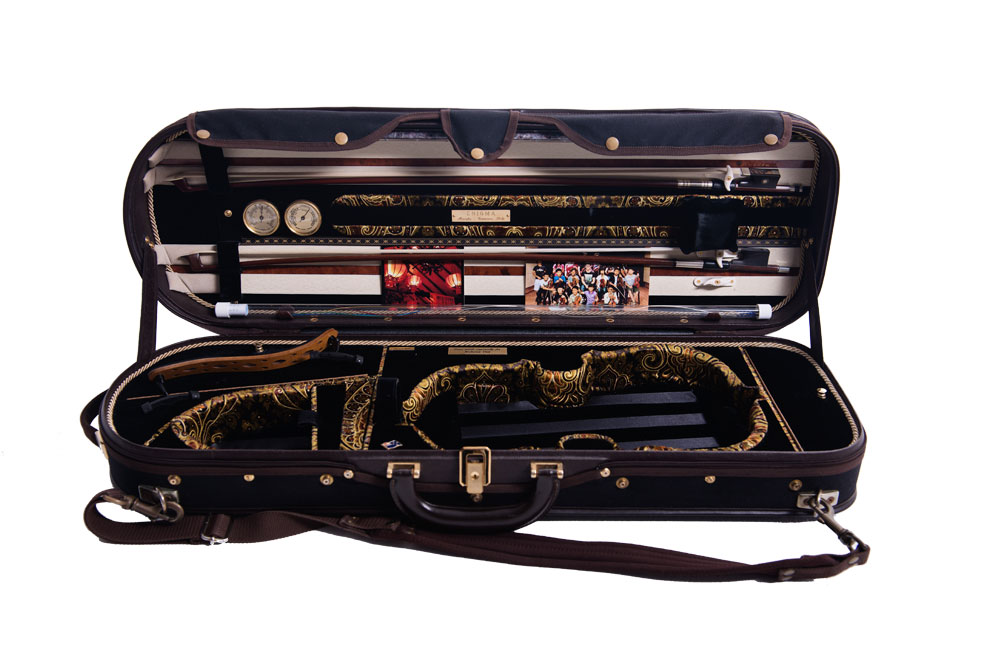 My violin was made in 2012 by Stefano Trabucchi in Cremona, Italy. It is a special instrument because 2012 marked the 20th anniversary for Trabucchi as a luthier. During this year he made 20 instruments (10 violins, 5 violas, and 5 cellos) which are part of his 20th Anniversary Golden Series collection. Each instrument has a precious handmade inlay of ebony and 18K gold ‘T’ on the back. My violin is number 4 of this series and has a beautiful warm tone, which will continue to mature over time. I am lucky to be the very first owner in this violin’s life.

My bow comes from Switzerland and was made by Johannes S. Finkel.

I play a viola made by Australian luthiers John Simmers and Rainer Beilharz in 2010, modelled on a Gasparo da Salo viola.

My bow is an unstamped Chinese bow, a temporary replacement after I broke a bow. That was over 10 years ago now and its turned out to be such a good bow I kept it!