More seats just released for Brisbane due to demand!

A collaboration years in the making.

Camerata – Queensland’s Chamber Orchestra will at last collaborate with leading Australian singer/songwriter Lior in this moving program featuring Compassion, by Nigel Westlake and Lior, and a selection of Lior’s songs arranged for string orchestra.

Premiering in 2013 and subsequently winning multiple awards, Compassion is an ethereal and mesmerising song cycle, drawing on profound and poetic insights of Islam and Judaism.

The program will also include Australian composer Robert Davidson’s From to Here, originally commissioned by Queensland Ballet and recorded by Camerata for Rani Luther’s From. To. Here. This stunning work features the attractive combination of piano and strings and takes the listener on a journey through emotional valleys of excitement, deep pathos, and searing beauty.

Don’t miss this beautiful meeting of musical hearts and minds in this deeply moving and heartfelt performance. 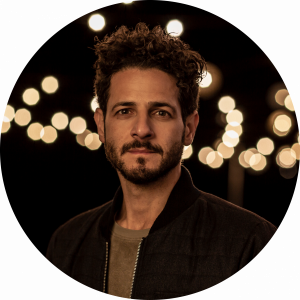 Lior is one of Australia’s most treasured singer songwriters, renowned for his beautiful voice and songs that radiate truth and sincerity. As well as his own works, he has also written music for Dead Puppet Society’s The Wider Earth, among others, and collaborates extensively with musicians throughout Australia.

Concert packages are available for Brisbane and Toowoomba performances and are the best value to experience Camerata’s mainstage concert season, with a saving of up to 15% for two and three concert packages.*